Choosing the Right Lens to Tell Your Story 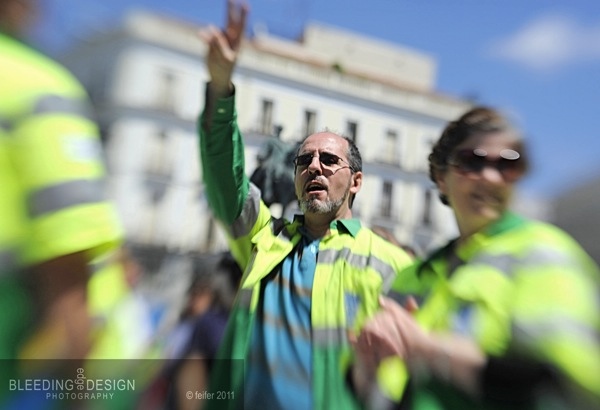 I often carry four different lenses to cover the range of perspectives I might choose. So the first decision I have to make is which lens to use.

I could carry a “tourist” lens that would cover the same range as three of my lenses. The main disadvantage with tourist lenses is that they tend to be slower and less sharp (See “Is Bigger Better.”)

The advantage of a tourist lens is that you don’t have to choose a lens. You stand where you want, point the camera in the direction that you want, then zoom in or out to get the amount of the scene that you want.

With four lenses I have to start by consciously deciding which lens will tell the story that I am trying to tell. Then I decide where to stand.

Functionally this isn’t that different than the tourist lens process I described. But it feels different. It pushes you to make a conscious choice about perspective and effect. It forces you to make a creative decision.

I had an opportunity to play with this when we found ourselves in the midst of, or above, several political protests in Madrid. I had no idea what they were protesting, given my Spanish. But they made me nostalgic for the 60’s in the U.S. That is the last time I remember so many people coming out to make their opinion known so energetically.

I tried each of my lenses to see what story I was able to tell. Here are examples of my images. 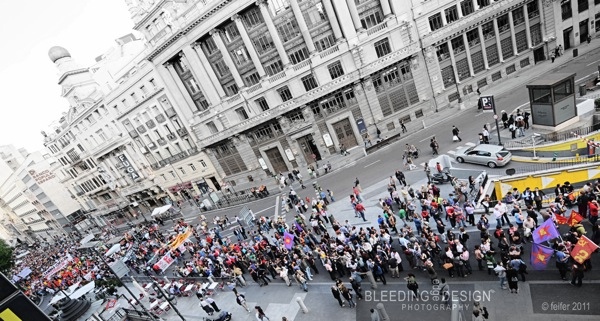 A wide lens will include more of the context of a scene. It will provide more separation between the foreground and background. There can be more of a contrast between your center of interest and the environment. 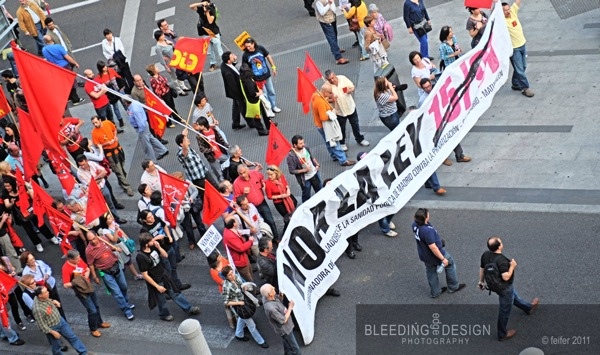 A long lens has the opposite effect. The depth is reduced. The mountains in the distance can look like they are right behind the subject. Much less of the context is included. The advantage is that you can get close and intimate with the center of interest, even if it is some distance away. 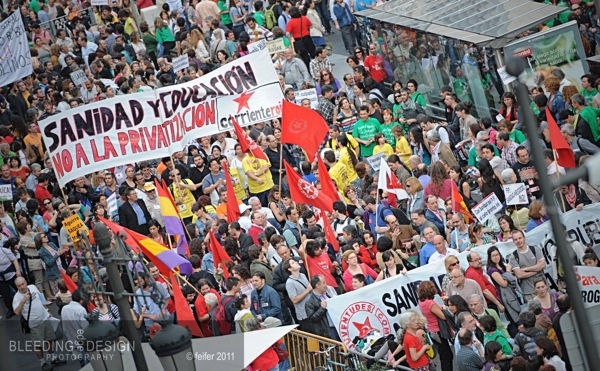 A medium lens is close to the way that our eyes normally see. Being a compromise, the lens can give you more flexibility. The down side is that it can be boring. 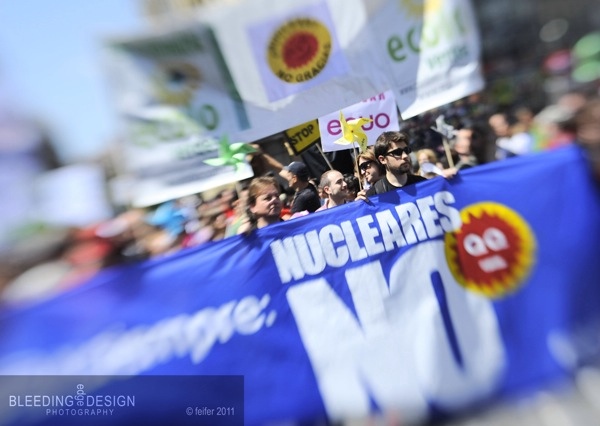 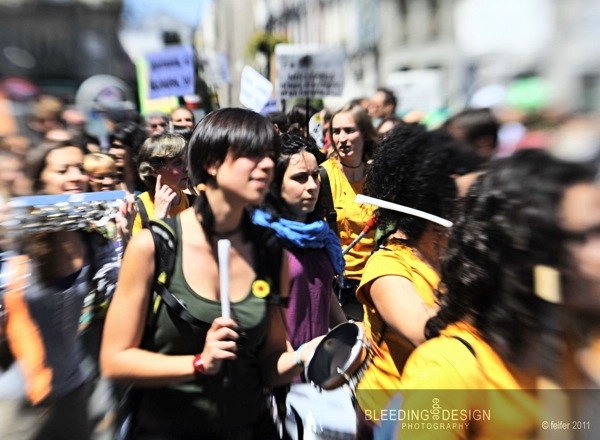 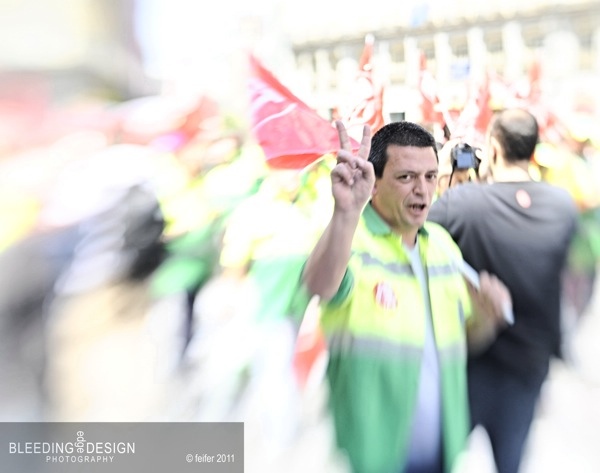 A specialty lens (i.e., a Lens Baby) can introduce drama through movement, selective focus, or soft focus. The down side is that you might want to capture a nice sharp image.

So which is the right lens to use? Whichever will allow you to tell your story.

Choosing the Right Lens to Tell Your Story 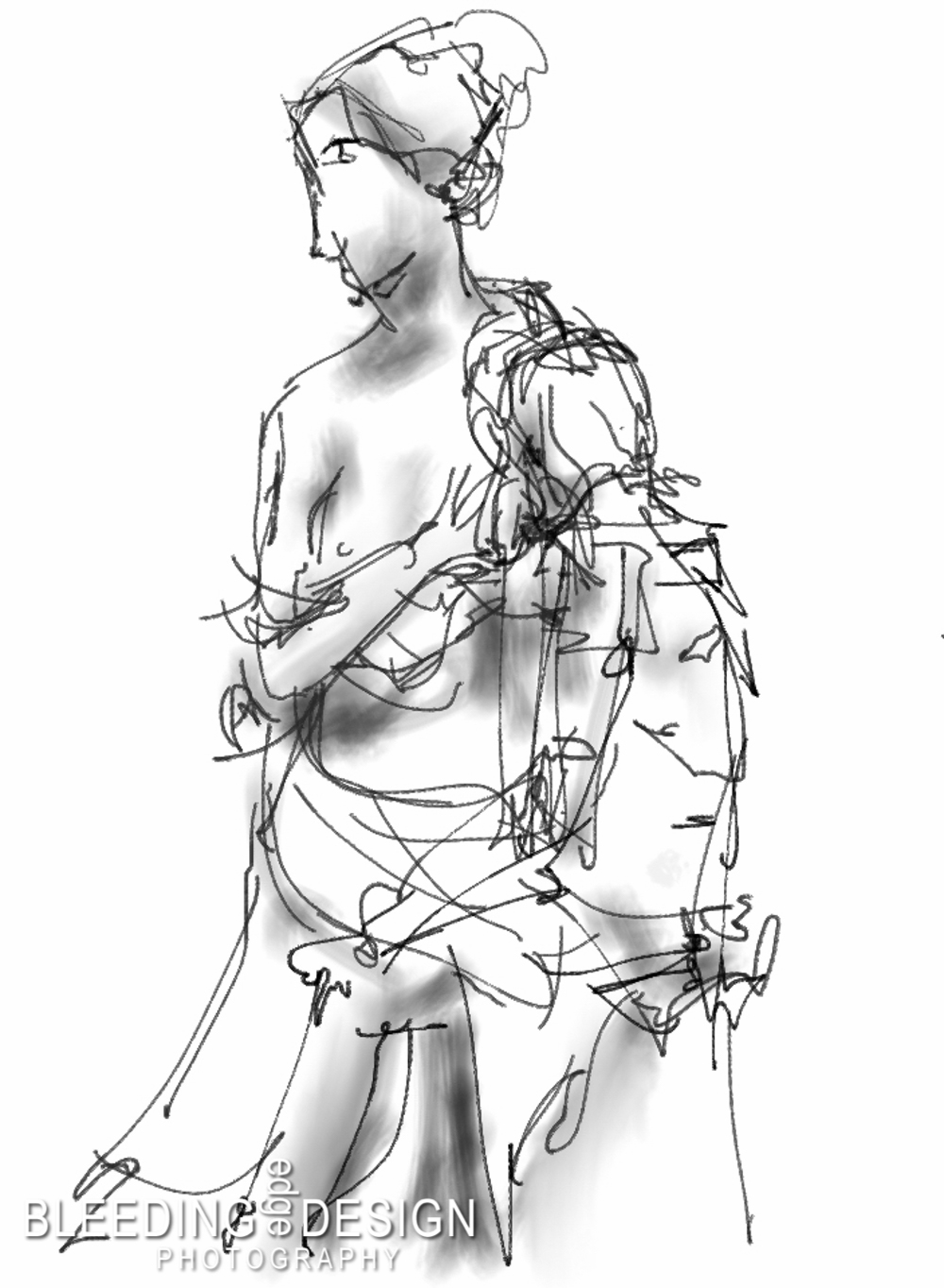